Budapest Shooting for Film and Video

Bringing your film to life in Budapest is always a good idea. The capital of Hungary is easy to reach from any direction and offers endless possibilities from shooting locations and studios to hiring local experienced professionals.

The city has always been at the center of attention for good reasons, mainly for its geographical advantages and riverside location. The architectural styles you can find here couldn’t be numbered. From ancient roman structural remains to gothic, baroque, classical and even ottoman and byzantine architecture are present. Budapest has been praised for being one of if not the best impersonator of other European cities like London or Paris. The capital but Hungary in general is rich in shooting locations for 19th and early 20th century productions which we write more about in a previous article. 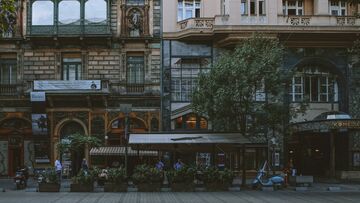 Besides the versatile environment and many architectural styles local film studios have an array of backlots designed for film and television series production. These backlots and filming sites include a medieval town, outdoor and indoor watertanks, and a New York city backlot to only name a few.

With all four seasons present in the climate, outdoor shooting locations can be accustomed and timed to what’s appropriate in your project. Lighting and mood can be crucial in the final product, so natural lighting and environment that is realistic to the scene can be a big plus. Speaking of outdoor locations, Budapest is built around the Danube with gorgeous riverside places. Unique bridges link the two sides together and water plays the main role in the life of the city in general as well. The Buda side of the city is on a hill, with a stunning panorama view, while the plains of Pest were perfect for a scenic city centre.

Budapest is not short on professional film crews, state of the art film studios and other services relating to the industry. They worked on international productions such as Blade Runner, Red Sparrow or The Witcher. You can’t go wrong with hiring local location scouters, casting agencies and the offers of film studios who know what’s the best for your project. Not to mention that their prices are more favorable than that of western studios. Even if you have a smaller production or a strict budget, you won’t have to compromise quality. 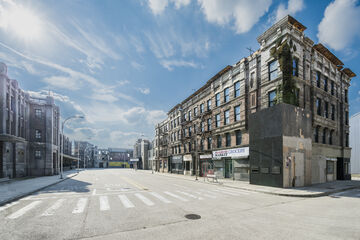 Budapest is not only a beautiful city with plenty of film location potential and filming professionals. It’s also a booming tourist location with hotels able to lodge bigger casts and crews. On days off make sure to discover the charming city and the many events it can offer. Remember, all work, no play can make you a dull boy! Recharge in a bath, visit the historic area or have a fun night in downtown ruin bars.

If our wonderful capital city has caught your eye and you want to bring your next production here, contact Abroad Films!