An overview of the city and its possibilities for film productions.

It is always a lot easier to cast extras who are already on location. If you are thinking about filming in Hungary but are hesitant because of obstacles like having experienced extras on set, worry no more. Many great casting agencies would love to work on your project in Budapest.

Casting is one of the most important things in any film production, but it is very time-consuming. Casting lead actors is a lot different from casting extras since they don’t have a specific role in the film, but oftentimes you need a lot more people for crowd scenes and to fill up a location. They also need to be dressed in a way that fits the scene which can be even more challenging in historical or sci-fi films. Hiring a casting agency in these cases is essential, as they already have a great pool of usually experienced people and have connections with styling and makeup professionals to accommodate your production’s needs.

Casting agencies in Budapest, such as Extras Casting or OpenCasting have an online page where people can register to be cast as extras in international film or television series productions. With thousands of people on their lists, it is an easy task to gather the right amount of people with the appropriate experience on the scene. They take care of the auditioning pre-production process for you.

If they don’t pick people from their registry, they advertise their casting on social media pages and groups specifically for casting film extras. This way they can make sure that only those apply who are free on designated shooting days and have the features that the production and art directors ask for.

Another method they use is pro-casting, where they only reach out to well-experienced extras and small groups they have already worked with and fit the criteria. This way they only bring in people who were a pleasure to work with on previous productions and can guarantee high-quality work.

It is always a good idea to work with a casting agency working in Budapest if you want to bring your production to this beautiful and versatile city. The work portfolio of these agencies varies from smaller local productions to big international productions.

Just to name a few, Extras Casting Hungary has worked on such titles as Red Sparrow, The Witcher, The Alienist and they even cast 800 Mongolians in Marco Polo.

OpenCasting has films on their list like Dune, Black Widow, Blade Runner and The Martian. Agencies like these have great experience in working with the best of the best and can accommodate any casting needs.

Don’t get discouraged to reach out even if your production is not a feature film or a television series. There are great agencies that specialize in casting for advertisements. Budapest Casting has worked with big brands like Honda, Lidl and T-Systems, just to name a few from their impressive portfolio. 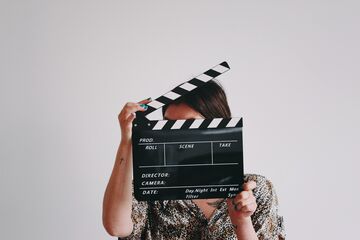 Casting in the age of Covid-19

Working on any production abroad during a pandemic can be worrying and in general, a tough job to do. Thankfully you don’t have to compromise crowd and mass scenes for your film or series since the casting agencies work hard to make sure that everyone is safe on the scene. They can make vaccination necessary and provide appropriate testing before shooting days to guarantee safety. Their Covid measurements are usually very strict, as they should be.

Budapest is one of the most popular filming locations in Europe. You can transform the surroundings to match any big city, but there are also unique interior sets. Since it is such a popular shooting location, there are multiple film studios to work with, who can provide state of the art services in Budapest or only half an hour away from the city centre.

It’s no surprise therefore that many agencies specialize in casting extras for the productions that come to this beautiful city.

If you plan on filming in Budapest, don’t hesitate to contact Abroad Films as we can help you with such contacts and make your filming experience in Budapest easy and stress-free!