The list of films, TV commercials and full-length television programmes made in Hungary is growing by the day. We have listed some of these productions here to demonstrate the quality and wide variety of genres.

Film Production Services in Hungary. Why choose Hungary for your next film or television production.

Hungary has become one of the most popular destinations for film production over the past twenty years and with very good reason. It offers incredible state of the art facilities, superb crews, marvellous locations and extremely low costs compared with many other filming locations.

The studios in Hungary afford producer every possible facility.

Hungary lays in the heart of Central Europe. Its capital, Budapest is easily accessible with a 2 and 1/2 hour long flight away from Paris, London or Amsterdam.

Hungary catches the eye of the expert film-makers because of its flexibility. The country’s diverse architecture and well equipped studios can satisfy many needs, from Steven Spielberg’s to Ridley Scott’s. It can easily be transformed into any major city from London to Moscow, but even Buenos Aires (as we saw in the stunning Evita).

One of the most attractive features is the low cost of highly skilled labour and also the high tax incentives available. Films produced in Hungary are eligible for an impressive 30% rebate of the cost emerged in the country. When it comes to film production, Budapest in Hungary is always an extremely popular destination and is, naturally, one of our specialist locations.

Our experience in providing film production services in Hungary is absolutely second to none. From our offices in London, we are easily able to help coordinate with UK based producers, both independent and in-house.

Or alternatively you can email us at mail@abroadfilm.com

Here are just a few examples of film production carried out in Hungary.

An epic hit from 2001. Sarah Connor’s classic video clip was shot at Keleti Railway Station, Budapest. The little boy actor is Marcell Nagy, who a couple of years later played the leading role in Lajos Koltai’s movie Fateless, based on the novel of Nobel Prize-winner Imre Kertész. 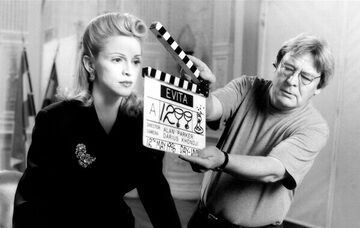 This music video was directed by London-based director duo Ne-o, Jake Knight and Ryoko Tanaka, using an Arri Super 16mm film camera. It’s about a crazy basketball which bounces through the city and then explodes. Their explanation is pretty well-rounded:
“The reason for the location stems from the music in the actual video. The ball needs to bounce synchronized with the 16th or 8th beat in the track. To do that, we needed a space with equidistant or closed surfaces to bounce around. A roof low to the floor but with uprights. Obviously parking lots are ideal. But it was a technical reason that made us go with it.”

The original Moonlight Shadow is Mike Oldfield’s piece from 1986 featuring Maggie Reilly. It was a huge-huge hit all over Europe, so it was only a matter of time until someone revives it. Groove Coverage built their band up around covering songs, and this was their first hit, that brought them the initial fame. It was even played at the 2006 Winter Olympics’ Opening Ceremony. The video clip is like a travel guide video of Budapest, covering the most important routes and spots of the city: from Heroes’ Square to Chain Bridge.

Similar to Sarah Connor’s spot, Gwen also chose an “infamous” railway station in Budapest: Nyugati. Every local is familiar with this not so pleasant, often shady spot. The video was shot in several Central European locations, and the final single and video clip was launched in Europe only. Rumor has it, that it was Gwen, who saw the potential in the Hungarian capital.

The best possible closure is to show a clip from 2010 when the 00s officially ended. It was time to say goodbye all the hurt and bad feelings. That’s what Katy Perry did. The video clip was part of a bigger campaign (“Life is Sharing”) organized by Deutsche Telekom. 250 teenagers from 8 countries were selected to take part in the video, all them fan were a fan of Perry (as you can tell it from the video). It was shot in the Buda Castle area and the National Library.