Budapest might only be a business destination for those filming in the city, but we highly recommend having a day or two off for discovering the city and its culture. Although it is considered a must to try some of the most famous traditional Hungarian dishes like goulash or chicken paprikash, the capital city’s restaurants have a much greater range to offer from. Many restaurants try putting a twist on traditional dishes, but some places do it better than others. It was a delight to find out in early September that two new restaurants have been included in the Michelin Guide 2021, Salt and Essência.

“Both these restaurants are wonderful examples of Budapest’s dynamic restaurant scene. They not only offer fantastic food and are doing something a little different, but they also do so while paying respect to Hungary’s culinary traditions”, said Gwendal Poullenec, International Director of the Michelin Guide. 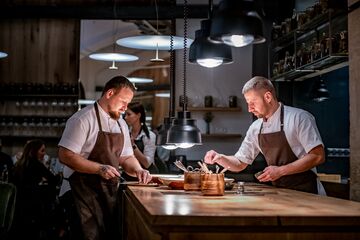 Salt didn’t only receive its first star but was highlighted as one of Michelin’s Green ‘Initiatives’ as well, which means in a nutshell, that they pay great attention and importance to keep the restaurant sustainable. From the poultry to the herbs served in the kitchen, almost everything comes from sustainable sources, local farms and kitchens. It’s not a surprise what wonders they create with the simplest ingredients when they know them so well. Salt promises to present Hungarian cuisine and culture in a new, sophisticated yet familial and intimate way. 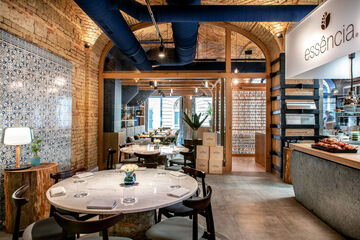 Essência is what some would call a passion project, and not only because it is run by a couple, Tiago and Éva Sabargio. It is also a delicious fusion of Hungarian and Portuguese cuisine. As Poullenec puts it, the restaurant is a “joyful celebration of both their nationalities”. Chef Tiago has considerable background in running fine dining and Michelin star adorned restaurants. Meanwhile, Éva is the most important person behind the scenes as the private dining and reservations manager. Both of them contribute greatly to the charming but also high-class dining experience.

Embark on a delicious journey of Hungarian cuisine with Salt and Essência. But don’t forget to make reservations in advance, as their popularity might have grown even further due to the international praise.