Marcell Rév secured his place all over the globe with Euphoria among the filmmakers who are worth following (and watching). But the Hungarian DP’s career didn’t start there. Let’s take a look at his amazing path so far!

The Man Behind the Lens: Marcell Rév

He studied film history at one of the oldest universities in Hungary, and only after that he got into the Academy of Drama and Film in Budapest. This start came quite handy because he is not only familiar with the practice of cinematography but also with the academic background and film history. He finished his studies in 2011.

He worked with directors whose filmmaking style is rather auteur and distinctive. One of them is Kornél Mundruczó, with whom he teamed up for two movies: White God and Jupiter’s Moon. Interestingly these two movies really opened up international opportunities for both Rév and Mundruczó. 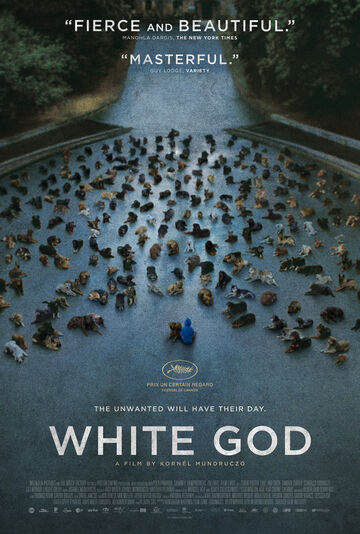 One of these opportunities was to work with Sam Levinson. Their first work was Assassination Nation which helped the creators realise that they work well together. Then came Euphoria, the critically acclaimed HBO series. That’s how Rév views their professional relationship:

“We think similarly about filmmaking, our tastes are similar in many ways, even though I come from a different cultural background. We can both say something new to the other without telling each other. Nor is it a disadvantage that it’s good to work with him - if you spend a significant portion of your life on set, it doesn’t matter what the mood is like there. Sam is a writer who thinks in scenes, not in literature. He writes specifically with a cinematic brain, which is very rare and very skillful as a technical director. ”

Since they are from two very different cultural backgrounds, it has a profound influence on the films they’ve been exposed to. For example, Rév introduced Levinson to a Hungarian classic, Time Stands Still by Péter Gothár which turned out to be one of the main inspirations for Euphoria. 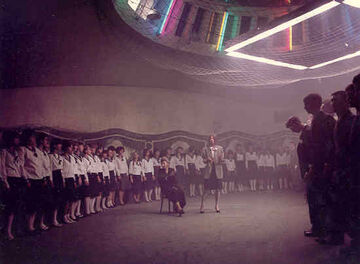 Rév doesn’t have a distinctive cinematography style. But he prefers it this way, and we completely get why:

“I find it especially embarrassing if someone’s work can be recognized right away from an image. Sure, every cameraman has a unique way of thinking, but if concrete visual signs of this are visible on the surface, I think it means he’s not doing the film, it’s some egotrip. A cameraman has to start from the film and the director and tune in to it.”

This is a very down to earth attitude that really serves the movie, the vision and the creator first. When asked about what does he like best about cinematography as a profession, his statement supports this idea:

“The fact that I can really get to know the directors and filmmakers I shoot with, each creator is a completely different world, it is quite a great experience to see and tune into these worlds.”

In 2021 Euphoria and Rév as well were nominated in the category of Outstanding Cinematography For A Single-Camera Series (One Hour) for the episode "Trouble Don't Last Always". It’s the first piece of the two episodes that were shot during the pandemic, before season two. 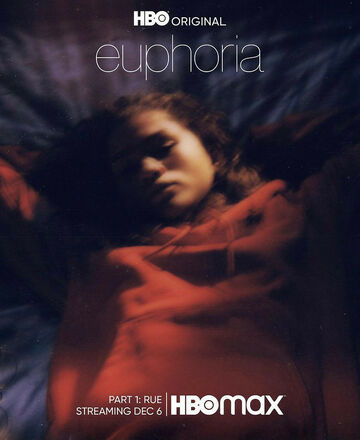 Their artistic partnership kept going during the pandemic: they filmed Malcolm and Marie, with almost the same crew who worked on Euphoria. The film received mixed reviews, but the critics almost all agreed that it was photographed marvellously. Rév received the Black Reel Awards for outstanding cinematography.

Another great news for Rév in 2021: he was most recently invited by the American Film Academy to vote on the Oscars. We can’t wait for what else this year will bring for him!