Message in the necktie - Interview with Dalma Dévényi, costume designer

Films, commercials, theatre, learning, teaching and the fashion workshop. A short story put together of almost two decade's worth of words. Since Dalma Dévényi was a college student, she has been designing, sewing, modelling, sorting materials and creating harmony. As it happened with others this year as well, their fashion brand with Tibor Kiss, Je Suis Belle, had a stranger year than ever. We talked about where to go next with the fashion and costume designer.

Dalma Dévényi was 21 years old when she arrived in the world of film production and became the costume designer of Tamás Sas's film, Down by Love. "The director's costume designer was in the same situation as I am in now. They had just had their third baby, while my second born is 6 months old now " - we're taking records.

At that time, the former student of the College of Applied Arts (now MOME) was a groupmate of Olivier Sas, and they formed a couple in life. His father often saw them working and designing at home, that's why he asked her to work on his film.

"Thomas took quite the risk with me. But I got a professional dresser with me, and from him and all the staff, I learned a great deal about the profession,” - says the designer. Although the production process was new for her, she knew a great deal about the artistic medium itself, since her father, Ádám Dévényi, was a songwriter and performer of Kaposvár Theatre, and worked as a composer in several theatres in Budapest and rural areas. So Dalma could easily have been sucked into the world of film production. Even after her first work, the hardworking stylist would have been handed from one production to the other, but she wanted to finish university. They also had an old dream with Oliver: a year spent in London. "We took a leave of absence, which means we took a year off. We wanted to see what it was like to live in another country. I thought if I didn't do it then, I wouldn't have done it later either. One thing I knew for sure. This year I wanted to work with something else, not clothes.” She held onto this determination and started working in a cocktail bar. She climbed up the "cocktail bar ladder" to a private club's bar counter in a single year.

Everybody knows how to do it 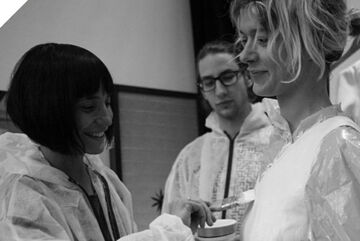 On the way back to Budapest, she was still at the beginning of her career in her profession. While studying at university, where she also received a DLA (Doctor of Liberal Arts) degree, she was working continuously as well. And shortly afterwards, they began their professional life with his groupmate Tibor Kiss, and they are still together with the Je Suis Belle brand, which they have consciously built from the very beginning. For example, when investor groups started investing in domestic fashion brands, they chose independence. This independence was achieved mainly by the fact that their company had several “divisions” at the same time. The busiest was always the department that was the most needed. There was no dress or costume task that they couldn't accomplish. As for costume design and stylist tasks, they increased to a point where they often took a job in cooperation with the USE team of their fellow university students, and each of the two design teams assigned 1-1 member to each of these projects. Later, there were so many orders that everyone had enough, so they went their way.

In addition to the fact that advertising revenue provided financial security for the company, Dalma gained a lot of experience on the set as well. “I like the fact, that advertising can use a lot of skills suddenly and intensively. You have to put a lot of creative ideas into a set in a short amount of time. Sometimes it's amazing how fast you react to situations, and it's very exciting. It gives you an adrenaline rush that other jobs don't. But it also gives you a lot of stress, which I find hard to handle.” At the time, she was able to cope with this stress more easily because her lifestyle and the long-distance relationship she was living in allowed work to be the most important thing in her life. Besides providing financial security, the advertisements were also exciting in other aspects for Dalma as well, who also worked with fashion and clothing on the scientific level. 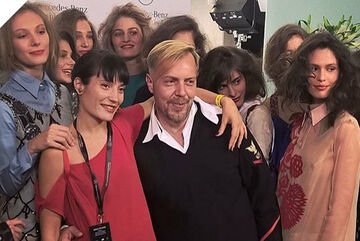 "Fashion and dress are what everyone knows and likes to argue about. Even the client can address this easily since it is one of the most straightforward and understandable code systems. In advertising, the information has to be delivered to the recipients in a very short time, and it must therefore be easy to identify which class the actor belongs to, or what their profession is, what taste they have, what medium they belong to. We can read all of this only from the attire,” says the designer.

“If you see a man with tousled hair, stubby, wrinkled and a rolled-up shirt, you'll find it easier to see, say, he's hungover, and he's waking up. If the same man is making coffee in the morning with a nice shave and an ironed shirt, we assume he's going to work, and then you can play a lot more with the shirt, tie, or lack of it, according to, say, he is a banker or an architect. These can all be referred to with a garment or accessory” – the designer brings us closer to the exciting fashion sociological details of her work. 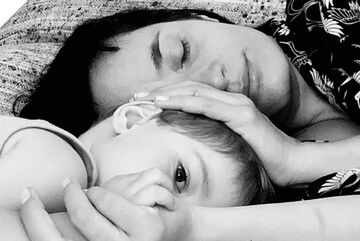 As we enter the present, when we draw the career arch of Dalma, we conclude that, as a result of many things planned and unplanned, the present is filled with questions and uncertainties, but it is still more calm and predictable. In the second half of her 30s with two children, the fashion designer felt for the first time last year that she no longer wanted the same stress that inspired her in her 20s and that it was even harder to let go after her son was born. “When I waited for Leo, though I slowed down a little, by the time he was three months old, I felt like I had to go back to work, so I just took him with me. I had a hard time giving up on being everywhere in the work process. I also knew that we already had jobs that my fantastic assistant could handle even without me.” So we made a plan that the business, design, Je Suis Belle will take a centre position for the time being. And as for styling, we will only accept the really exciting ones. But also strictly after Lotti blows out the first candle on her birthday cake, she had to promise her husband not to do anything for a year. But it wasn't even her decision to make anymore due to Covid.

"I was seven months pregnant with our daughter in March, and we had to close the store pretty soon, and all the filming had stopped. We also had to put our company on hold, but, of course, Tibi is still working, and we are trying to operate in a more sustainable way than before,” says the designer about this year's challenges. And Dalma, as she says, has finally arrived at a hundred per cent into motherhood, which she can now truly enjoy, and, despite the uncertainty brought by the pandemic, she remains optimistic. "Even if it sounds strange, I feel that though this year has brought tremendous hardship and pain and renunciation, I also feel that we can also expect something good out of it. I used to wonder a lot about how sustainable everything I do is. I've worked for nearly 20 years if you will, and I've accomplished myself professionally. Now, when things have turned upside down for reasons beyond our control, I'm still in my place, and I have no fear of reinventing ourselves.”