“Our job is to assess the needs and requirements of the production and fulfill every single wish there is..” - Interview with Anatoli Netchev, line producer

With this interview series, we want to make local film experts more visible so our partners have a better understanding of the attitude and the work experience that filmmakers have here. This is such an important part of Abroad Films: the network of local professionals with international work experience. Anatoli Netchev is the first line producer of Abroad Films in Bulgaria.

When did you start producing commercials?

I started making commercials in 2004. Since then I’ve produced more than 700 projects.

Wow, that’s impressive! Tell us about the clients you’ve worked with.

I’ve worked with Proctor and Gamble, Lidl, Moji, many telecom companies such as Orange, A1, Vivacom, Mtel, Globul, BTC. Couple of beer brands: Estrella damm, Shumensko, Zagorka, Kamenitza. And so much more…

Which one was your favourite project?

Moji. All of the jobs were interesting and challenging but maybe the following link can answer why I loved this one so much:

It was challenging because of the need to show the lack of gravity. It was shot by rigging all of the actors - not with post production. 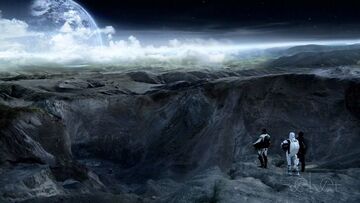 How did you start in the film industry? Is this what you always wanted to do?

You wouldn’t imagine but I started as an actor. In my high school, I studied performing arts and I was trained theatrically in the Academy. I had a dream to become an actor and I was in the theatre for 7 years, I also shot a few small things. So overall I spent 9 years in the theatrical world. But the general ambiance in that scene at the time just didn’t motivate me at all. This lack of motivation was a general feeling at the time in Bulgaria, after the communist regime collapsed. For example, we scheduled a rehearsal but only two people showed up! So I changed careers: from acting to film production.

Now looking back I know I made the right decision.

I was very lucky that an opportunity came to me. In 1999 I was invited to a meeting regarding a film that was about to be filmed in Bulgaria. A huge foreign crew was there, I showed up excited to work. It hit me: this is what I want to do. So my life changed in one day.

I don’t mind because at the end of the day a theatrical play can be viewed by a couple of hundred people. But a film can be watched by millions!

What was this first project you worked on?

It was the film The Good War (old title: Texas 46), it came out in 2002. It was an American-Italian co-production about World War II and a huge chunk of it was filmed in Bulgaria. It was written and directed by Giorgio Serafini and the lead actor was Roy Scheider. I was star-struck!

The foreign crew of the Roy Scheider movie was full of real film professionals, and they started to train us, they showed us the standards of filmmaking. It was very common back then that American production companies came to Bulgaria and trained the local professionals. For example, I worked with the Unified Film Organization and they trained me. I worked my way up, I worked in every possible position that is related to film production: translator, location assistant, location manager, etc. I had to adapt to a whole new world that I didn’t know the rules of. But I enjoyed every minute of it.

You realize how little you know, how much more there is to know in this field. And it challenges you, it makes you grow. That’s what’s happened to me.

Then I started to work in a lot of sci-fi films, more than twenty. It made me realize that there is no universal way of filmmaking. It was important for me to understand. Our job is to assess the needs and requirements of the production and fulfill every single wish there is. You have to find a way and you have to make it fast. We are not responsible for the end product, that’s the director’s job. We are responsible for the service production. We always have to improvise and come up with something new. But in the end, it’s about getting to know the director’s style and a way to unlock them, understand them, how they work and how you can serve them in the best possible way. It’s not about convincing them about your own work style. Creativity and flexibility - that’s all you need, then it won’t be scary.

As a line producer, my job looks like this: if a project can be made in Bulgaria I take care of it. Full production services from planning to shooting. It can be a commercial or a feature film, the scale of a project makes no difference for me.

Tell us about another memorable project that you loved working on!

It has to be Dalida, a French-Italian co-production, directed by Joyce Buñuel. It was a TV film, an enormous European super-production with a huge crew and 85 shooting days (it took 4 months to film it). I was happy to be close to such a legendary dynasty and be a part of such a great production.

What do filmmakers love about Bulgaria?

First and foremost it’s the four seasons I think. We have snowy winter, hot summer, brown autumn, green flowery spring. It helps with showing the time passing on the screen. On the other hand, I think filmmakers like the faces here, the ordinary Bulgarian looks. We have fascinating people walking on the street here.

You have a chance here to immediately discover the possibilities: mountains, landscapes, lakes, seaside, you can mix so many things. It inspires filmmakers who come here. We also provide world-class set design and wardrobe, your vision can come to life here.

You can come here as a starter, you don’t need a big project to start with. Then you come back with a bigger one. I should mention as well: the most affordable price in Europe.

What was the transition like from the communist regime to the “era of freedom” regarding the Bulgarian film industry?

In 1989 the communist regime fell. After that 10 years of pure darkness came. It was chaotic and creative at the same time. In the 90s the western producers didn’t pay attention to Bulgaria. It only happened after the country became members of NATO and made the first steps towards EU membership.

The first producers who came to Bulgaria were Italians who brought huge historical film projects. It opened the doors to more influential American, British and German producers. 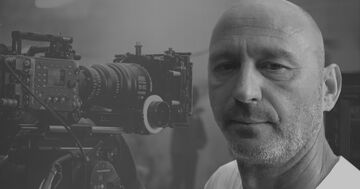 How did COVID-19 impact the Bulgarian film industry?

The intervention was immediate, there was a protocol in place from day 1. Thanks to this we could carry on with liberal measurements and we didn’t stop working even for a day. Of course with all the health protocols it’s not like before, but we are still working.

All that jazz with Roy Scheider. He’s a deconstructive character but he finds what he was looking for. It reminds me of human life. We are constantly in the process of learning. Once you stop learning, it’s over. If you stop feeling pleasure, you have to quit it. If you stop getting excited, it’s time for retirement!