The Hungarian film production industry and the education of film professionals has a rich history.

It started in the 19th century, and it's far from over - today Hungary has extraordinary film crews and locations. Let's dive in.

The early years of Hungarian film production and film education

The Hungarian film service industry's reputation has a long history. Filmmaking started around the same time as in every filmmaking country in Europe, in the end of the 19th century. So did the education and training of film professionals. An institutional framework was put in place in 1948 with the reform of the National Royal Hungarian Academy of Drama, as it became the College of Theatrical and Cinematic Arts. It provided an elite, world-class training for the most talented young film professionals in Hungary. The departments covered all the major aspects of filmmaking: film and TV production management, cinematography, directing, screenwriting. Just to name a few talents who graduated from SZFE: 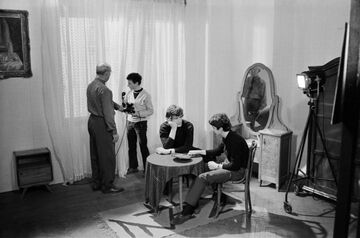 Studio of the Academy of Theatre and Film Arts in 1970. Source: Fortepan

Let's jump into the present day. There are many institutions beside SZFE to study and practice the various roles of the film industry. From focus pulling through set design to lighting design, one easily can find a place to learn. One of the main sites for information is SZFI, which collects all the institutions available on all levels - from high schools to colleges, from trainings to workshops.

A new golden age for film service providers in Hungary

The opportunities available now for film professionals in Hungary is unmatched. There has been an increase in the amount of service work. However, not only has the number of these jobs increased, but also their length has increased as well, with the emergence of series and other video content production.

The registered turnover of the Hungarian filmmaking industry in 2021 was 218 billion HUF, a record, even compared to the years before Covid. It means that film spending in Hungary has almost doubled in the last five years. Filmmaking is one of the few, lucky industries in Hungary that could still achieve major growth amid these strange times.

The achievements speaks for themselves. For example after the success of the BAFTA Awards, the set designer of Dune, which was partially shot in Hungary, Zsuzsanna Sipos, was awarded the Oscar in the category of Best Production Design. Marcell Rév won the Emmy for Best Cinematography.

Why are there so many film schools in Hungary?

We can summarize it like this: Hungary already had a rich history with film production and the education of film professionals which resulted in an army of highly skilled professionals. In this new era the consumption of video content has increased, therefore the format is dominating today's culture. The demand for creating more and/or longer movies, TV shows and series is higher than ever. Hungary can easily satisfy those needs. High quality professionals, high tax rebates, competitive prices, diverse locations and professional studios.

Nevertheless, Budapest is a perfect destination for foreign crews: hospitality and all the other advantages of a European capital.

This is why Hungary has the film studios, locations and skills for your next production. Let's chat! 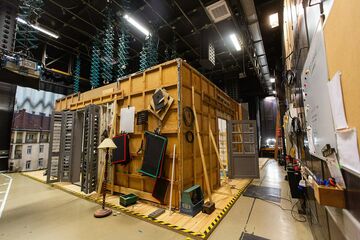