Everything from anything - Interview with Feri Urbányi, food stylist

What makes the fat ring shine beautifully on the top of the broth? How do you make holes in cheese that don't exist? What happens if you mix ingredients in a combination that doesn't exist yet? A food stylist knows not only the answers to these questions but more. Urbány Feri knows for sure.

Feri Urbányi is perhaps the most wanted food stylist in advertising. If you had a piece of wood, wire, or any exciting material as a child, it was something new. His school books were full of drawings and plans, which is not surprising since he said that he had absorbed all the knowledge he now has in advertising films or photography naturally – while also constantly training himself.

He inherited his sense of beauty from his mother and his manual skills from his father, who made tools. So there was no question that when he had to choose a career, he was looking for something that could combine all of this: that's how he became a wood sculptor. It also happened shortly before the regime change, when although he made beautiful individual or series of sculptures and furniture accessories, he had to find a registered job in 15 days. Searching in newspaper job adverts, he found that Hungarian Television was looking for a sculptor. He called them without thinking, and as it turned out, he couldn't have made a better decision about his future. 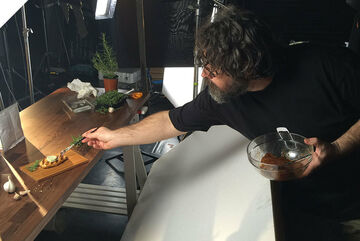 As he found out during work, he could not have ended up in a better place than The puppet and Model Workshop founded in the '70s at the Hungarian Television. "There was a creative circle there that was worth more than any school. There were goldsmiths, ceramists, puppeteers, sculptors, we saw each other's work, and we even learned their crafts because we were a team. We worked together, and the shop manager left us free to create.” But you could not only be free, but you could also experiment with technologies and materials used by professionals in other professions. These were the different dental resins or the newly developed foam plastics of the PEMÜ. But out of the hands of the artists working in the model workshops, objects came out that their original users didn’t even think of. And they became props, sets and puppets of countless TV films.

But the Golden Age ended pretty quickly because, after the regime change, Hungarian Television went through a complete transformation. Fewer and fewer TV films were made, so slowly these workshops were downsized, and the creators who worked here had to look for new roads. "I was lucky because although I was getting less and less work at the model workshop, it gave me time to start restoring furniture and statues,” - he says about the change. In the meantime, although the production of props and sets in television and film production facilities was discontinued, it also turned out that these were still necessary.

And Feri was rumoured to know not only about manufacturing but also about renovations. So he was noticed by the set designers, props and production managers of Mafilm at the time. In addition to restoring old pieces of scenery and props, he was found with new tasks, and, by Chance, the career of a commercial film and food stylist began.

Cut a hole in the cheese

An advertisement for an Emmental-like cheese was produced in Hungary by a German and French agency in a co-production. However, at the last moment before the shooting, they discovered that despite the arrival of a truck full of block cheese, some technological error did not trigger the formation of gas, leading to no holes in any of them. But there was no time or money to wait for another shipment. Then someone remembered there was only one person who could help. And there was Feri Urbányi who drilled holes in the cheese. “I knew right away that it was not worth trying any tools on hand, and that I had to make one myself, with which I could carve spheres of different sizes from the cheese. A lot of holes into a ton of cheese blocks, " - explains the creation of cheese holes.

After that, the more interesting and exciting challenges started pouring in. He was handed from one agency to the other. Along with his previous knowledge, he also got serious culinary training. That's why - the now culinary professional -Feri's phone rang all the time. "On the one hand, I find it hard to say no, and on the other hand, exciting challenges always inspire me. In my home workshop, I'm experimenting with at least 30 things at a time. Wherever I go and see something, I start to think about how and what I can use it for, or what happens when I mix two materials in a way that I have never tried before” - he explains the essence of his workshop.

This is how the realistic limestone was made for cleaning agents. This is how he found out that the best way to make the fat ring shine on top of the broth was to add a little linseed oil. But that doesn't mean that the foods for the shoots are inedible and only made to be pretty! “It is possible, of course, to change a recipe to show the best face of food, or to oil the meat to make it more durable, but only with real and high-quality ingredients can you make a delicious advertisement for a product. For this reason, for the shoots, I always insist on getting the raw materials from places where the best chefs shop.” Perhaps more important than insisting on top quality is just working with a good team. “I always pay particular attention to listening if anyone on the crew has a good idea because the success of my work also depends on the props department to make a nice plate, on the lighting specialist to make it pretty, and so that the cameraman can pick up the dish I made in its best form. This is teamwork, which will be successful if we trust each other's expertise and look out for each other. To this day, I still see the challenge, and I like to do it.” 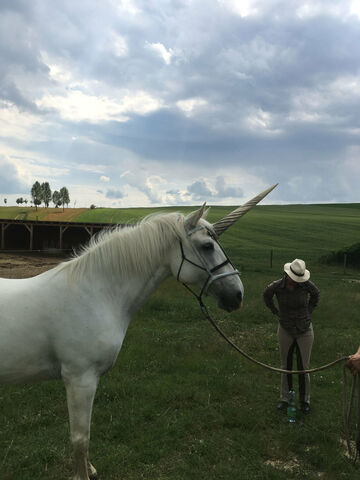