The hit Marvel movie Black Widow from last year - in part - was shot in Budapest, Hungary. It was the ninth film to feature the Russian spy.

The hit Marvel movie Black Widow from last year - in part - was shot in Budapest, Hungary. It was the ninth film to feature the Russian spy.

Black Widow, aka Natasha Romanoff, is one of the main protagonists in the Marvel Cinematic Universe. A spy and assassin, she has made a career out of killing people for hire. She is capable of everything from throwing grenades to making high-tech weapons.

There have been many reports about Scarlett's training for the role and it seems that the actress put in an enormous amount of work before shooting began.

As we know Budapest most often doubles for other cities like Paris, Berlin or New York. Not this time! In Black Widow Budapest was supposed to be Budapest, as one of the main storylines takes place there.

According to the Budapest Reporter, filming locations around Hungary included The Citadel, the Eastern Railway Station, Széchenyi Street, and the Hungarian Academy of Sciences. In fact, one of the key fight scenes highlighted in the trailers seems to showcase a battle with the central villain of Taskmaster on Alkotmány Street. A chase scene also occurs on Constitution Street, seen in the trailers as well.

While filming, director Cate Shortland was inspired by the city's historical architecture and felt she could capture a sense of the past as well as the present day. Shortland also chose the country because it offered a new and unfamiliar environment for the actors and crew. With an extensive history as a film capital and a thriving film industry, it was a perfect location.

Budapest in the MCU

Budapest as part of the MCU has been teased and referenced many times over the years, especially by Hawkeye and Black Widow.

First they mentioned it during the Battle of New York in the movie Avengers:

"You and I remember Budapest very differently."

As it turns out in the Black Widow movie, S.H.I.E.L.D. tasked Natasha Romanoff and Clint Barton to participate in a mission to Budapest.

An important new character in the franchise is Yelena Belova, played by Florence Pugh - she is being introduced in this movie as she is the one taking over Black Widow's storyline in the MCU. Her and Black Widow's characters meet in Black Widow's old apartment in Budapest. 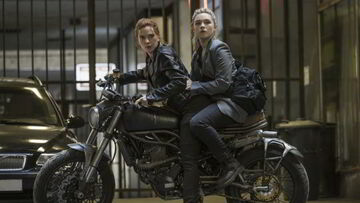 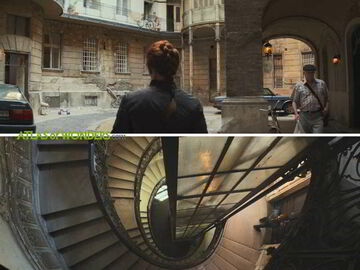 The shots of the interior courtyard and the staircase with the lift were definitely taken at Adria Palace. This gorgeous piece of architecture was built between 1900 and 1902. No coincidence the producers picked this spot since many other movies did the same already: A Good Day To Die Hard (2013), Atomic Blonde (2017), and Blade Runner 2049 (2021).

Many other prominent locations can be seen in the movie: 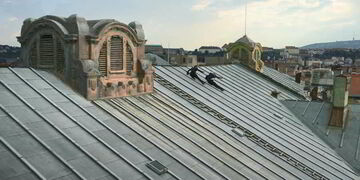 The rooftop chase was shot not too far from the Adria Palace, on the Budapest Stock Exchange Palace. The car explosion sequence ends at Nyugati Railway Station. 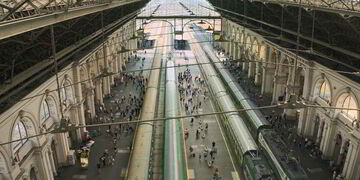 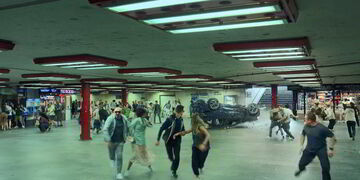 Other shooting locations included Morocco, Norway and Atlanta, US.

The Secret of the MCU

Why does the Marvel Cinematic Universe continue to be successful? It is a simple answer to a complicated question, according to Black Widow director Joe Johnston.

“The Marvel films are unique and very specific,” he said during a roundtable interview for the press at the 2016 Rome Film Festival. “In that universe, there’s a character that has her own story and she has her own set of rules. I feel like they’re very singular films that happen to have superheroes in them, but it’s still a world that we live in and it’s still our world. There are rules for Black Widow, there are rules for Hulk, and Thor. They are not the same rules as you would have in New York or London. We’re making our own rules.