"It's for a lifetime" – Gábor de Fiala, photographer

He is unavoidable in the photography profession: a supporter of analogue photography, he teaches at workshops and universities. His photo series was included in the Kodak world archive. Clear kitsch no longer moves his imagination, however the winter abandoned and fog-shrouded Balaton landscape even more.

Few people know throughout their lives what they want to do with their enthusiastic passion. The love of photography overtook Gábor from an early age. He was 6-7 years old when his grandfather took him to the city photographer in his little hometown, a certain Uncle Eitler. Then, after the picture was taken, the old photographer asked the question: "Well, kid! Do you want to know how the picture develops?" Gábor asked permission from his grandfather with a glance, who nodded. The red-lit development room behind the closed curtain completely captivated him. He threw the already illuminated papers into the developing liquid, and the miracle took shape: the image appeared on the soaked papers. "Something was created out of nowhere. This grasped me then and there, peering out from behind Uncle Eitler's back, and captured me forever. Even though I am now a photographer and understand the process, the magic has not been lost at all, which is exactly what I am still looking for. Especially in my fine artworks'' - recalls Gábor. After the episode with Uncle Eitler, it was all he dreamed about, it was all he did and read about. He also went back to look at the photographer's window. Slowly he managed to acquire the necessary, and even then quite expensive, photography equipment.

"I begged my grandfather for a portable Russian magnifying glass that had to be taken out of a small briefcase and put together. Then I had a lot of cheap little plastic machines, and I used them to photograph rock gardens, cats, rose bushes, friends, and my grandparents. A lot of them are there and can be magnified,” recalls Gábor. At the age of 10, I was taking big pictures, in fact, at the age of 7, I drew the negatives myself and enlarged them. His grandparents spent their savings at Ofotért to get him all kinds of tools. Even the happiest Christmas memories lead back to this: when he received photo paper or callers as a gift. At secondary school, he led a photo workshop: he also photographed the school's presentations like plant disease and damage pictures for coloured slides. He has gone through virtually every segment of photography without officially learning it anywhere. "I am completely self-taught, I didn't go to a photography school, and today I teach it at the university. I was so interested that I did my research, " Gábor says of his unbroken determination. Of course, he also needed chemical and technical affinity, he studied agrochemistry, and his original profession is connected to earth chemistry, but he did not work in this field for more than a year and a half. Already around the age of 26, he realized that the fine arts and photography (and music) were his real fields and that it would be great to pursue these during working hours. He worked as an assistant to Kálmán Vass for about a year and a half. In the end, he received so many orders from multinational companies for advertising photography that he became independent with his assistants. He carried out these tasks related to digital photography with great enthusiasm and love, but he was always eager to hide in the darkroom after work.

"I am most interested in and fascinated by processes that require me, my knowledge and experience at every single step. Of course, this is not so useful in advertising, as they do not spend time or money to wait for the process.” Advertising photography is teamwork: the joint work of stylists, makeup artists, props, art directors, and models. The advertising agency orders them, their and their customer's expectations must be met, of course. But it is also important that the photographer meets his expectations. "I'm lucky because I never realized I was working. I had fun my whole life, and I had a belief that we were doing good and well. There was also a lot of work behind it like travel and location searches. If we had to photograph a wintery, snowy campaign in the summer, then in June, we were looking for a glacier as a location. We also photographed cars in the sparkling African Dead Sea in beautiful locations. These are no longer needed as they are constructed in 3D and put behind them as a background in the season the client wants. At the time, they paid millions for exposure and photos, and now they make films for the same amount. We could talk about this already in the past tense since these large-scale advertising requests have almost completely disappeared. "I thought there would be a great development in the arts, but in the visual profession, the development is only relative. With the advancement of technology, we ended up being just victims of massive visual pollution. People are no longer impressed by a striking image because they know that it can be created in photoshop at any time. We don't get our heads up anymore, the reception limits have shifted, and there is nowhere to go anymore. And the ordering agencies want everything and can immediately come up with the most absurd ideas, saying it's just a click away. But it isn't.” 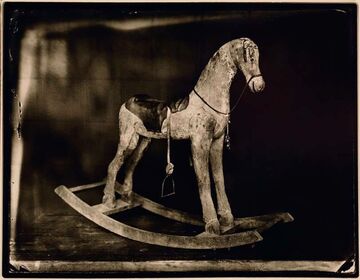 Those who know it, teach it

He taught photography in many schools where there is visual arts training: he currently teaches at KREA Design School, Minerva and Budapest Metropolitan University. When he was approached and asked to teach, it was not clear that he would take it. But along the way, he realized he had the sense and the will to pass on his knowledge. "I also teach photography in workshops and camps, and I proclaim that analogue photography has a future, that it can be truly expressive, that it lasts the longest and that it provides the foundations. Photography for self-expression is eternal in comparison with applied photography (up to 1-2-3 generations), as we leave something of ourselves for posterity. Whether this is art or the creator of the picture is an artist will be decided by posterity.

Possessing a wealth of photographic knowledge, Gábor sharply separates the two genres. Analogue photography requires completely different knowledge and competence. Anyone can create a digital image today, as this process has been liberalized with the techniques available to anyone. Our world has been completely transferred to the visual space: so many photos and images are pouring over us on the world wide web that photography has lost its value. We only look at pictures on the internet for a few seconds, let alone go to photo exhibitions, Gábor believes. "The only thing I care about is analogue photography. The most basic and ancient things: simply capturing the moment with light and chemicals.” Analogously creating a picture requires knowledge and skill: a much longer, much more determined process. We need precise settings, we need to look at what material we are photographing (film or glass plate), what is the exact setting, and what is the image cropping. Especially if we make the photosensitive material ourselves. The preparation is much more complex: both on a mental and technical level. "There are also far fewer clicks: sometimes I take a single still unlit frame up the mountain, there I take the one picture that I would like to see, which appeared to me earlier inside. This either succeeds or fails because, by the time I get to the top of the mountain, I'm not sure if the illumination is what I imagined, whether it's worth exposing. Here I can't add clouds to it afterwards, give it another tone in front of a monitor. Creating a digital image is not a miracle. It is a much smaller challenge.” This is precisely why applied and professional photography is no longer as valuable as it used to be. Almost anyone can do this now: an auto mechanic will take pictures of their work, a restaurant will take their own food photos, or a hairdresser will take pictures of their work. Although these will not be professional photos, they will be informative, which is why they were made. To bring attention for a few moments, arouse interest and for that, they are more than enough. In 15-20 years, applied photography will disappear, as will many other professions. "From here, in my reading, there is an escape route: back to the roots! Which in photography means analogue photography. Crazy, mindless pretentiousness is not good, nor does the model of life suggest this: you cannot constantly go uphill. The miracle of analogue photography is unique and unrepeatable.”