It was special a quarter of a century ago, and now there's almost no commercial film without digital tricks and special effects. On the computers of post-production studios specializing in this genre, more and more professional quality and digitally created image and sound files - both for commercials and feature films - are being made that do not exist or could not exist in reality; yet we spectators are happy to believe that they are real. There are times when professionals are just retouching, but sometimes they build some pretty amazing new worlds virtually and digitally.

Miklós Nagy came from programming to the digital effects world in the late 1990s. He was a freshman in high school in ‘85 when he got a computer and started programming on it. Then, because his mother worked at MTV (public service television in Hungary), he first tried out as a transmission technician at summer work, and that's how he got to know the world of film. Meanwhile, he was studying electrical engineering. He was at the Hungarian Television when they bought the first digital post-production computer. At the right place at the right time, because he was one of the few people who had any idea how it could work and what the computer and the software on it knew. "This was the first 3D workstation at the Hungarian Television. When I was working there, we did mostly design elements and headlines. But Iván Kapitány used to come in all the time at night, renting out the studio for commercial post-production. So we were already doing commercials, but we weren’t able to use that machine the way we could.” After two years of getting to know each other, he moved to the other side of the table for another two years. A request came from the software distributor: to understand and sell programs to post-production companies. In the two years he spent there, he realized that he preferred to use the software rather than work on making it better. Finally, in 1997, three of them founded Melon. Later, after the death of István Galán (Gery), two of them continued to run the company. Ákos Szeremley and Miklós Nagy (who prefers to be the spokesperson) still own the company together.

They lived in the golden age right at the beginning of their career, both workload and income. "This is the time when we made two or three ads a month only for Postabank (Post Bank), while newer brands came along, everyone wanted adverts.” So they've been involved in countless commercials since the beginning. They've been on the credits of some major feature films, including Kind of America, Liza, the Fox Fairy, The Whiskey Bandit, and the recently released Toxikoma. They've also coloured and digitally remastered the 90 minutes of the Golden Team's most iconic game.

Melon is connected to the production the same way as a visual designer is. In many cases, they are involved in the preparation of a film in close cooperation. "According to a brief, we both agree with the production about what we do and don't have the resources for, and then we agree with each other on what's worth building on set and what we add to it in post. That's what I spend most of my time on these days. I am also there at the location inspection and filming, cross-checking with the cameramen and the director about the technical implementations. During the entire process of preparation, I try to make sure that everything is recorded so that we can realize in post-production what we imagined" - explained the professional, who is now more involved in the work processes but is still happy to sit down at the computer. Be the task an advert or even a feature film. "I'm kind of high energy, so advertisements are a little bit closer to me. I would compare it to a sprint. A feature film is more of a marathon, which is good because there's significantly more time for everything. And yet, in a good way, I can always get tangled up in a shot and enjoy what I'm doing, especially when I'm not doing it out of routine. I'm always trying to put something extra in it. I like to do little tricks, refinements, cut something out, put something in, change the colour because if I have a shot in front of me that I have to touch, it has to be perfect” - he briefly explains his work method. 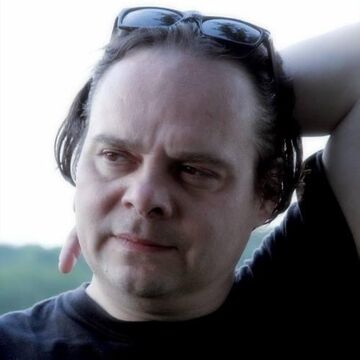 While many people think the world of digital tricks has to be super expensive, Miklós highlights that the production of a feature film can be made more cost-effective if you have a good idea of what happens in the post-production studio. One of the best examples of this is the digital transformation of the filming sites. It is increasingly more difficult to find locations that meet all the aesthetic and budgetary requirements, especially in a historical or costume movie. "You couldn't even film The Whiskey Bandit without digital post-work on the streets. It was only set in 1990, but during these 30 years, Budapest has changed so much that it would have been much more expensive to build the old one than to redraw it. Of course, it's a real lumberjack job, but that's also necessary. It also shows that there are a lot of tricks that ordinary viewers don't even notice, and if that's the case, then we do our job well.”

In addition to the invisible works, there are many tasks where the presence of 3D tricks is very spectacular in a film. From this point on, it is easy to ask how much further this technology can develop. Maybe even sets won't be necessary, and everything will be produced by a computer around actors. "It's always easier to build a room where four characters are just talking. Digital post-production plays an increasingly important role in film production, but it will not completely displace filming unless everything is 3D, including the characters, but I think we're a long way from that.” According to the expert, as huge as the development seems, the greatest innovation in the past 25 years has been the emergence of digital recording, which, of course, has also encouraged the development of digital post-production. It also evolved most with the acceleration of the machines’ speed. You don't have to wait that long anymore just to do a simple trick. "I remember when we used to wait hours for a picture or a series of pictures. You can do it a lot faster today, and you can try out what you want first. Since I started working, this is the biggest advancement in digital recording. The faster the machine, the more you can try out in a lot less time.”

It is also an unavoidable question for the life of Melon as to what the pandemic has changed in the work processes and the life of post-production professionals. "We became smaller, 14 to 15 in peak time, and now we're about 10. Almost everyone got a computer at home, and we worked from there, and often still do. I don't know exactly what's going to happen because I'm still trying to get back into regular life. Everyone is getting used to online meetings. We have won ourselves an hour or two instead of commuting. But it's also very good to be there together, all ten of us, and inspire each other on the spot.”